the Gloster Meteor at Hendon (1)

On the very same visit to RAF Hendon when I saw the Messerschmitt Me 262, I also saw the first RAF jet fighter, the Gloster Meteor F8: 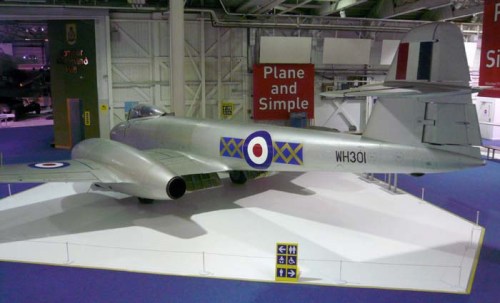 To be honest, compared to the German thoroughbred, the Meteor looked a bit of a tub, to say the least: 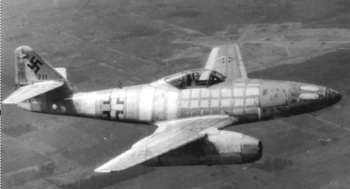 On the other hand, the engines were lots better than the German ones and eventually the Meteor would be purchased by Australia, Argentina, Belgium, Biafra, Brazil, Canada, Denmark, Ecuador, Egypt, France, West Germany, Israel, the Netherlands, New Zealand, South Africa, Syria and the United States. Here are aircraft from Argentina, Belgium and Brazil :

“Get airborne, up with the wheels, hold it low until you were about 380 knots, pull it up and she would go up, well we thought then, like a rocket”. 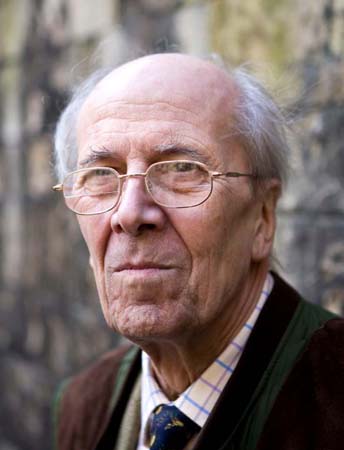 The first Meteors to see action were with 616 Squadron who began by chasing V1 flying bombs over south eastern England from July 27th 1944 onwards. In early 1945, they moved out to Belgium and then Holland, carrying out armed reconnaissance and ground attack sorties but without meeting any Me 262s. The Meteors were painted all white to avoid friendly fire issues:

After the war, the Meteor came into contact with the Soviet Mig-15 both in Korea and in the Israel-Egypt war in the mid-1950s. It was found to be lacking in many respects.

More on the Meteor’s shortcomings next time.

25 responses to “the Gloster Meteor at Hendon (1)”