Recently, I wrote about the Great Flood of 1875, described by a person standing on the terrace at Nottingham Castle, looking across the valley of the River Trent. Here is an old oil painting of old Nottingham. It shows beautifully the castle on its cliff and, just in front of it, a brightly shining St Mary’s Church. You can also see the River Trent and the old Trent Bridge, just to the right of the tree trunk.

In 1499 Richard Mellers, the husband of Dame Agnes Mellers, founder of the High School, is known to have given twenty shillings to help repair this particular bridge which I believe was known back then as “The Bridge of Hethbeth”, although I’m not 100% certain of that.

In the centre of the picture, fairly distant,  is the church at Wilford:

Last time I couldn’t stop myself looking at the streets of old Nottingham and how,  in modern times, they have either disappeared, or have been made to disappear. I suppose really I was asking myself the question: “Would our journeys today be better if we could follow the same routes as Victorian roads did?

Here is one of the maps from last time. The orange arrow points to a thoroughfare no longer within our use. By a carefully planned coincidence, it is the road barely seen on the old oil painting of old Nottingham above, leading to distant Wilford Church (centre). The diagonal, all white, thoroughfare on the map, if continued to the north eastern, top right corner, would arrive at St Mary’s Church. In the other direction, that same straight road stretches southwards, straight as a die, to the River Trent and the Toll Bridge at Wilford on the left hand side. On the Ordnance Survey map, that very same route is highlighted by our trusty friend, the orange arrow. Nowadays, it would make a marvellous road into the city, especially for bicycles and even electric cars.

Personally, I do wonder if 130% of our traffic problems are down to planners who have completely disregarded those old streets which used to run, straight and wide, from one side of the city to the other.  The worst obstruction to traffic flow in this area is the Broadmarsh Centre, a huge shopping mall which blocks so many of the old medieval and Victorian thoroughfares: 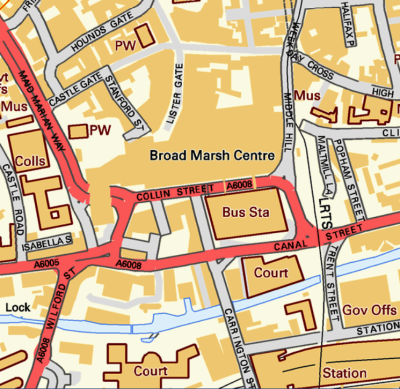 I do apologise for his absence, incidentally, but the orange arrow is currently on strike for better pay and more beautiful places to point to. Here is the 1970s car park for what was then the new shopping centre. It takes seven years or so to get a degree in architecture:

I had almost forgotten that I was writing about the Great Flood of 1875 as well as traffic flow. Well, nothing, including the Broadmarsh Centre if it had been there,  could have stopped the vast floods of water from cascading through the city of Nottingham:

Wilford-road was the scene of a sad disaster, involving the loss of several lives. The flood was so deep that the only means of communication with Briar-street and the houses near it was by boats or vehicles; in the evening a man with a cart got about a dozen people into it in order to take them to places of less danger. They got out of Briar-street on to Wilford-road safely; but the posts on the road side being covered and only the street lamps to guide the driver, he got too near the edge of the road, which had been raised considerably, the cart was upset into the field on the east side, and six of the passengers were drowned. Next morning a man named Asher rode into the flood in the same neighbourhood in order to bring off a horse which was in an outlying shed, but was himself carried away and drowned. At Wilford the river overflowed the banks, washing down some of the cottages, and standing eight feet deep in many of the houses The traffic on the railway was much hindered, the trains from Trent having to be sent by the Derby, Codnor Park, and Mansfield lines.

Briar-street does not seem to exist any more. Wilford Road is the eventual continuation of Wilford Street towards the top left/centre of the map. It used to run southwards straight as an orange arrow to Wilford Ferry Bridge, at the bottom of the map. Most of that direct route is no longer there or is no longer usable. It has been interrupted, mostly by housing and parts of Robin Hood Way and Sheriff’s Way:

We already know Wilford and its famous ferry, replaced eventually by a bridge: 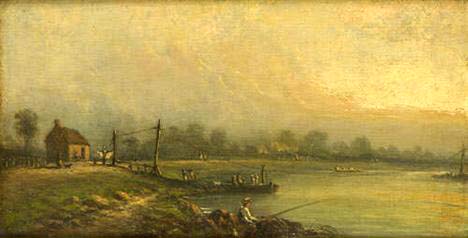 The Kannibal Killer Kaptain John Deane used to live just the other side of the bridge from Nottingham:

This was definitely THE flood in Nottingham. As the book says:

The heights of those floods are recorded underneath present day Trent Bridge: 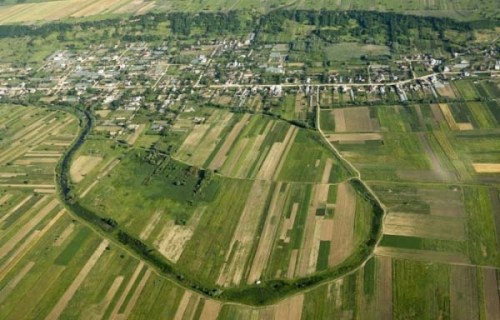 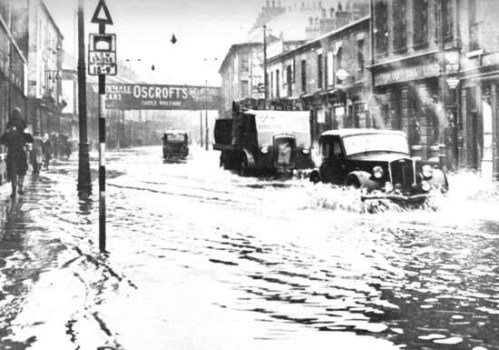 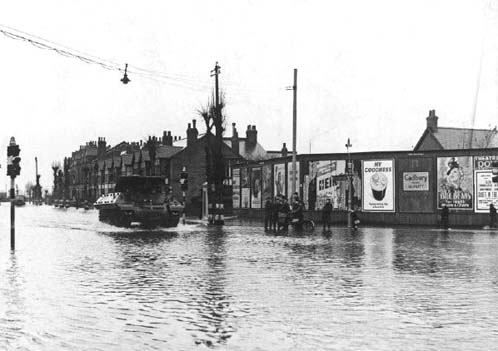 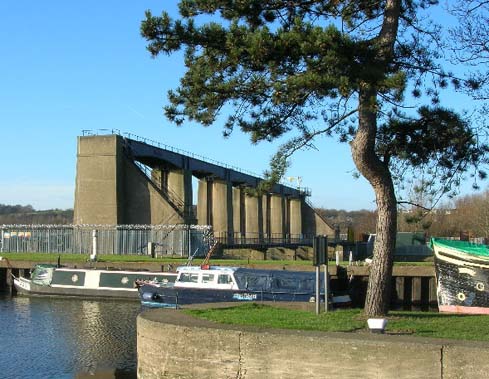